Bread with spread always works as a successful breakfast formula that never goes wrong. This combination gets us through the morning quickly and easily. However, for today’s breakfast recipe, we leave our usual comfort zone and travel a few thousand kilometers further east, to Singapore to be exact. Kaya toast is part of the standard breakfast there – an exciting combination of different tastes.

A typical kaya toast looks like this: Two slices of toast are toasted, one spread with butter and the other with kaya. Together, this results in a sandwich that is dipped in a soft-boiled egg, which is then drizzled with dark soy sauce and white pepper beforehand. It may sound a bit unusual at first, but this arrangement makes sense as the rich yolk harmonizes perfectly with the Kaya spread, which is also made from egg yolk. Oh yes, and one word: umami.

Like many other dishes, Kaya was created out of necessity. Kaya spread was more intended as a substitute for Western jams recreated by Hainanese chefs in China when they were stationed on British ships during the Straits Settlements of 1826-1946. The Kaya toast, in turn, can also be traced back to Hainanese immigrants in Singapore who settled there. The two founders of the famous coffee shops are considered pioneers Ya Kun Kaya Toast and Kheng Hoe Heng coffee shop. However, Kaya Toast was only really popular since the year 2000, when both stores expanded.

Not in the mood for the morning breakfast bread? Then it’s definitely fun to think outside the box and discover breakfast classics from other countries. Especially in the different countries of Asia, people eat different breakfasts, especially hearty ones. It is worth stopping at: 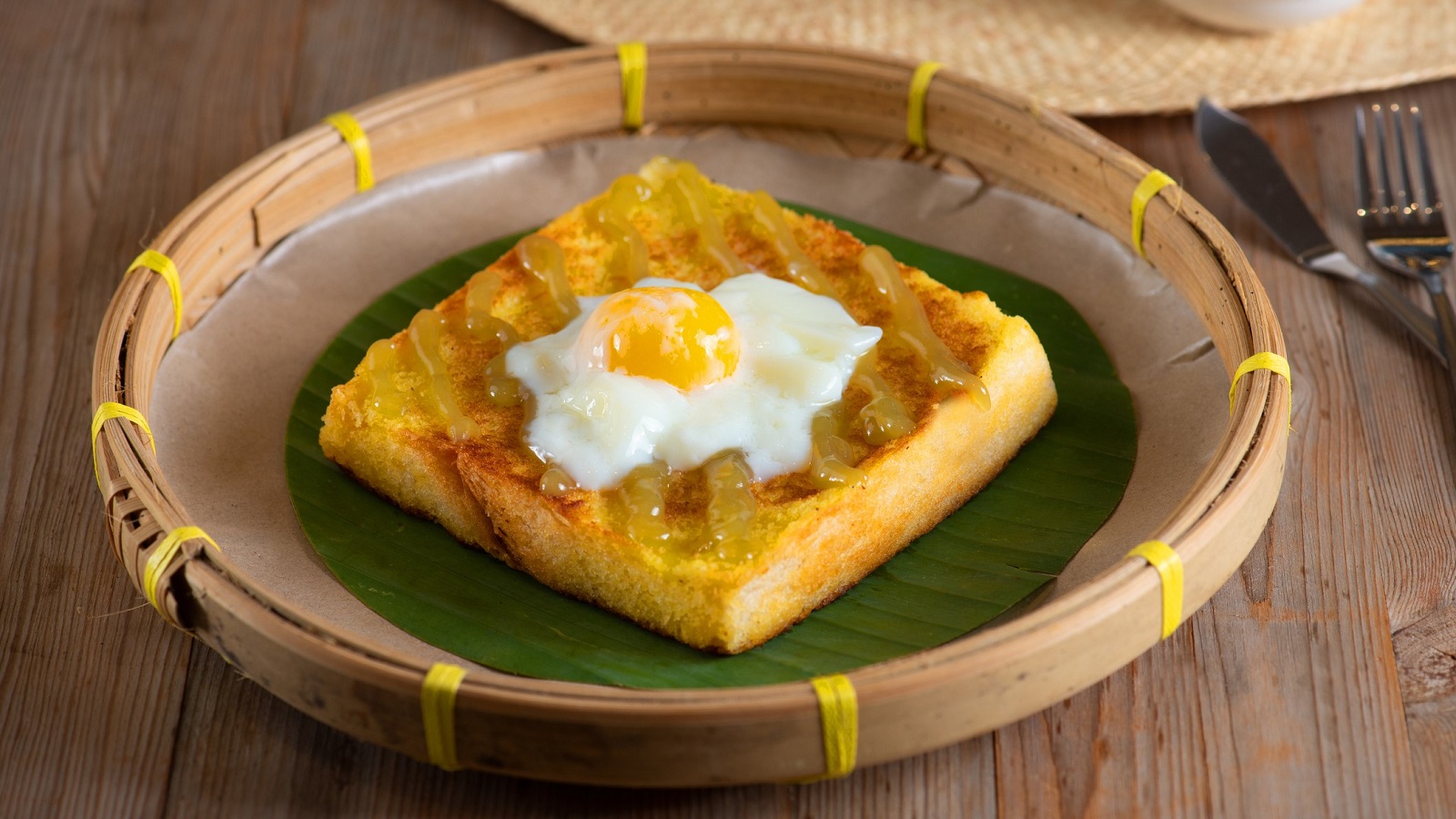 Breakfast like in Singapore: Kaya toast is indispensable there.