The creamy beer soup is both a Bavarian and an Austrian classic. Alpine cuisine is traditionally based on few and simple foods, because the choice was limited in the mountain villages or on the alpine pastures. The most important product was of course milk, followed by grain.

That’s why many holidaymakers from Northern Germany are surprised that milk and flour also go into a classic beer soup. But if you look at the color of the soup, it’s obvious. Other ingredients are also regional, such as dark beer and dark beef broth. The beer soup knows no season, it is eaten with a spoon even in summer. Especially after a strenuous hike, it is well received by the guests. Like these alpine dishes, which are all the rage in the German-speaking world:

What is unthinkable today: In some regions, beer soup was already served for breakfast, even to children. In it was and is everything that fills you up and doesn’t cost a lot of money. Once a year Germany celebrates Soup Day. Following the event, the EAT CLUB editors presented their personal favorite soup recipes. Take a look, because a soup is a good idea for every occasion.

Visit our cooking school, where we present weird and wonderful facts, tips and tricks from the professional kitchen. For example, we have 5 good tips on how nothing can go wrong when you cook soup. Have fun browsing and enjoy your alpine beer soup. 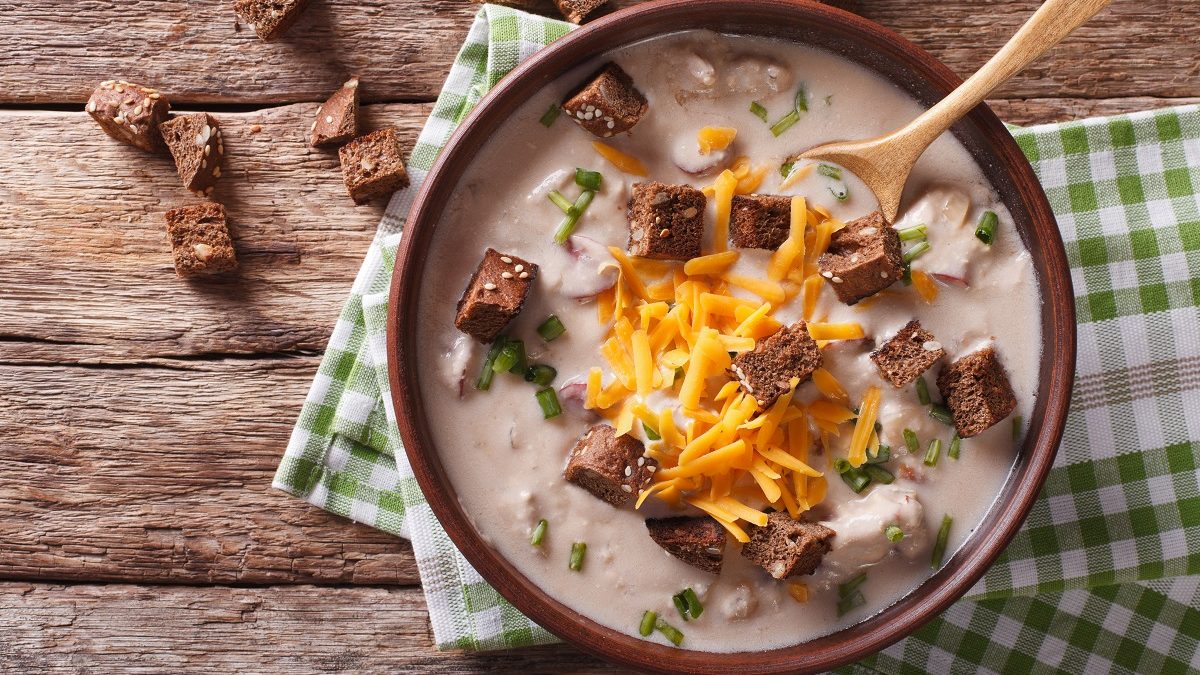